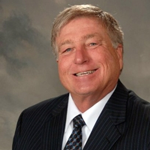 Parnick Jennings joined Black Oak in May of 2011 as a financial advisor.

As a Financial Advisor, Parnick works with individual investors to help identify, plan and meet their investment objectives. He does this by developing customized investment solutions based on the unique goals, preferences, and characteristics of each investor. More specifically, he works with the client in identifying specific financial goals, developing a strategy to reach those goals, and then encouraging the client to stay the course over the long term.

As a former small business owner, Parnick understands the needs of a business owner and is uniquely qualified to assist both owners and employees in preparation for a comfortable retirement. Parnick has used his extensive experience in both financial planning and coaching to arm investors with the truth so that they can make educated choices about their financial future.

In 1977, Parnick founded the Parnick Jennings Funeral Home in Cartersville, Georgia. The firm came to be nationally recognized for outstanding customer service, and in 1995 was sold to Service Corporation International. For the next 5 years, under Parnick’s leadership, the firm was ranked #1 in Customer Satisfaction among the top 1500 funeral homes in the United States.

Parnick is 2008 Past President of the Cartersville‐Bartow County Chamber of Commerce where he has received numerous awards including “Friend of the Chamber” in 1995, the “Small Businessman of the Year” in 2005, and the Chamber “Servant hood” Award in 2013. While too numerous to mention individually, he has served over 50 terms on various Community and Charitable Boards. In honor of those activities, he received the “Hometown Hero” recognition in 2008 presented by the Cartersville Daily‐Tribune News.

Congressman Phil Gingrey, delivered remarks presented by the Congressman during September 10, 2014 House session honoring Parnick. The Congressman spoke of Parnick’s commitment, dedication and leadership to our community. At the end of each day’s session in Washington D.C. the Extensions of Remarks are read and placed into the Congressional Record. Parnick was also presented with a United States flag that was flown over the U.S. Capital in Washington D.C. in his honor.

A native of Rome Georgia, Parnick attended the University of Georgia and graduated from Gupton‐Jones College. Parnick and his wife, Tina are active members of Tabernacle Baptist Church in Cartersville, Georgia.